I just took a shower with both of my children and rinsed peanut butter and cornstarch out of their hair. 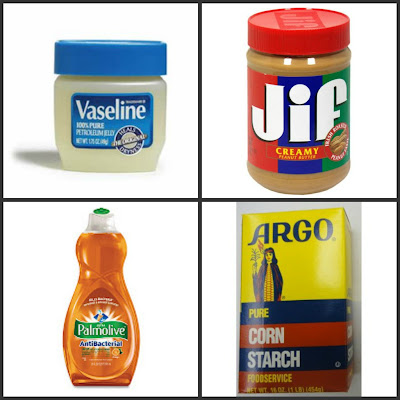 Bet you've never written all that in one sentence.

Yesterday Joe flew to Chicago for the weekend for some much needed guy time.  The Van Halen concert they attended on Friday night was icing on the cake.  I got to substitute teach at my old school yesterday and fill in for a Kindergarten teacher.  I've decided to sub to get an occasional dose of what I love and miss and use it as a break from the monotony of staying at home.  It's also a break from the boys, making coming home to them at the end of the day very sweet. I was so glad to finally get a call, but consider it an oxymoron that teaching Kindergarten is what I consider a break.  It turned out to be quite a treat, though.  I taught Kindergarten for one of the seven years I was in the classroom (the other six years were in third grade) and to be 100% honest that year was absolute hell.  Only to the thanks of the other phenomenal teachers I worked with did I survive.  Kindergarten teachers are a very special breed and I was most certainly not cut from the same cloth.  My hats off to them.  Now that I have children of my own, however, my perspective was different in the classroom yesterday.  I watched these 5 and 6 year olds (who were very well behaved, I might add) and wondered how Gavin and Garrett will be in three to four years...are they going to be the class clown?  the button pusher?  the goody two shoes?  the impulsive, wild one?  the one that chases all the girls?  in the high reading group?  in low reading group?  the loud mouth?  the quiet, sensitive one?  the teacher's pet?  the teacher's nightmare?  the organized one?  the hot mess that always needs help packing up?  I would've been a different teacher if I were a parent first; but I'd also like to think I'm a better parent for having taught.  Anyway, yesterday was a treat; but I wish I could say the same for the sitter who stayed with the boys all day.

Our sitter that I lined up last semester is no longer available because her schedule changed.  She's energetic, flexible, bubbly, active, and I just get a good feel from her.  Yesterday's new sitter is nice as can be, but quiet, and a little timid.  I'm not knocking anyone's traits, but I'll admit I had some reservations in my gut.  I headed off to school and Joe had about an hour more before he had to be at the airport.  The sitter arrived a bit late, so while rushing around and showing her the house, the boys instantly sensed a big change coming on.  As if the world was ending, Garrett stood at the window for 20 minutes calling for Daddy once he left, while Gavin proceeded to scream in the playroom for 45 minutes.  I also found out that naps only lasted 45 minutes, and despite being 70 degrees out, not one second of the day was spent in the fresh air.  So d.i.s.h.e.a.r.t.e.n.e.d.  When I dropped her off I got that awkward 'nice-meeting-you-maybe-we'll-hang-out-again-sometime' feeling you might get from a guy after a first date when you full well know neither of you will be calling the other ever again.  But alas, we tried.

So the kicker...when I returned home from school the boys greeted me looking completely disheveled, but nothing out of the ordinary, really.  However, their hair looked soaking wet and the sitter was saying, "Um yea, they might need a bath."  Enter the Vaseline.  All over the furniture, floor, stuffed animals, and them.  Hair and all.  Bless her heart, I wouldn't have known what to do either.  But I would like to know the full story on how all it transpired.  But remember, she's probably not coming back again, so that scenario will have to be left up to my imagination.  Or erased all together.

Once we got back from dropping off the babysitter we headed straight to the bathtub and scrubbed down with Palmolive's Grease Fighting Formula.  Fail.  The boys happily played the rest of the night looking like Jersey Shore gone wrong with too much hair gel.  I think all that was missing were some white tank tops and gold chains.  That night on Facebook I got a slew of suggestions....for cleaning ideas and babysitter options.

This morning we were up early and out of the house so I could be downtown in time to coach the 10K running team I'm helping with this year.  Miraculously enough, the boys did great when I dropped them off at the childcare center even though all three of us got cross looks when I explained to the teachers why my children look like grease monkeys.  On the way home we stopped at Cartwheels & Coffee (genius concept; wish I'd thought of it) so the boys could bounce, slide, ride toy cars, play house, dress up, and zoom choo choos and I could enjoy a cup of coffee.  And we did just that, minus our trip to the bathroom:  Have you ever tried to use a public bathroom in the presence of two toddlers when they have access to a plunger, potty training seats, a stool high enough to reach the sink, and box of feminine products on the wall?  Give it a go...I dare you...and let me know how that works out for you.  I'll spare you the details of my experience.

So we head home for lunch.  And another bath.  I read multiple times to use peanut butter and cornstarch to help get the Vaseline out.  Against my better judgement I went for it, when halfway through the bath, I realized dumping cups of water on the boys' head was not cutting it to rinse out the peanut butter.  Time to turn on the shower.  Thankfully, we have strong water pressure.  When the shower head decides to work, that is.  Plan B...rush the boys to my shower and get in with them.  I'm not asking you to picture me naked, but can you imagine all three of us toddling down the hall into the other bathroom...the boys are freezing and their hair is completely gooped up.  Garrett even has cornstarch sprinkled on his nose and shoulder.  Oh boys.  Into the shower we go as they scream "MOMMY" the whole time.  Hair rinsed, shampooed, and rinsed again.  We dress for naps, cozy up, settle down, change the sheets (because they're greasy from last night) and all is quiet.  Minus my children smelling like the peanut dipping sauce from my favorite Vietnamese restaurant, everything is back to normal.  We'll see how their hair looks when they wake up.  It was also suggested that I use white vinegar, so that could be trial #3.  No doubt trial #4 will be buzz cuts.  That's what this lady had to do.  It's good to know I'm not alone.

Joe, I hope you're having a fabulous weekend!

I'm off for a short rest.

And in case anyone's interested, I thought this parenting article was quite fitting for today.

Email ThisBlogThis!Share to TwitterShare to FacebookShare to Pinterest
Labels: mommyhood, perspective, the boys 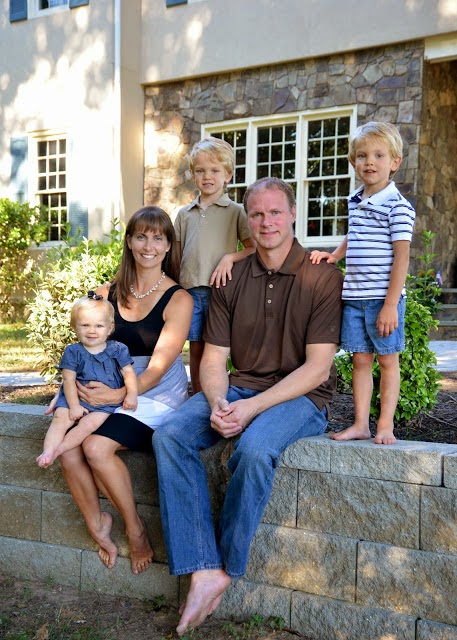 Krissy
I'm a mom to identical twin boys and a sweet baby girl who show me the world through new eyes. I love them more than I thought humanly possible. I'm a wife to a Jeep-loving, Eagles-watching, tech savvy, handsome, handyman husband whom I picked up in a bar. I'm a daughter to supportive, attentive, will-do-anything for me parents who've always let me find my own way. Sink or swim, they've always been there for me. I'm a sister to a golf-playing, engineer-brained, VA Tech-loving, only-calls-when-he-needs-something brother (and his truly delightful wife and their two sweet kiddos). And I'm a runner, baker, picture taker, traveler, former teacher, and wannabe writer always searching for ways to better myself, create a happy life at home, challenge my kids, and enjoy the small moments that amount to the big things in life.

© Krissy Watson and In My Life, 2011-2015. Unauthorized use and/or duplication of this material without express and written permission from this blog’s author and/or owner is strictly prohibited. Excerpts and links may be used, provided that full and clear credit is given to Krissy Watson and In My Life with appropriate and specific direction to the original content. Photos may not be used.